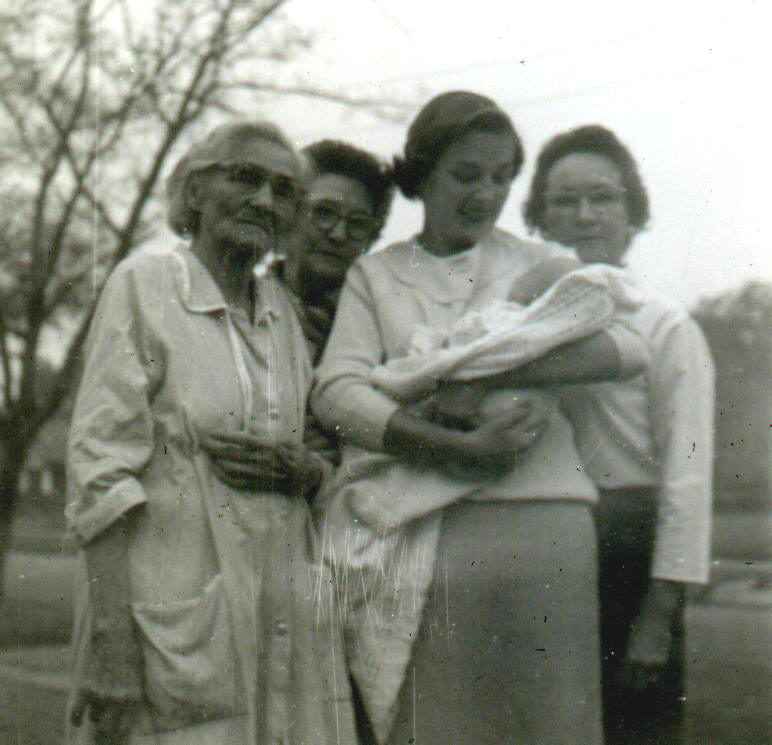 See William Trigg Miller for details. See Donelson Lineage for Emily’s family. This is where Van Dorn is injected into the Miller line. Emily’s brother, Earl Van Dorn, was a Civil War general. Her father, Peter Van Dorn, was a Princeton graduate and a lawyer in Port Gibson.

This is where the Dabneys are injected into the Miller line. See Thomas Marshall Miller, 1847-1920 for more details.

From the book: "The fact that Pieter’s name was spelled upon the records at the time of the baptism of his daughter Jannetje, ‘Van Doren’ merely goes to show that the spelling of the name of van Doorn was already subject to the whimsicalities of the times."

Pieter married Catherine while still living in Holland. He immigrated to Flushing, Long Island around 1639 and married Jannetje Rancken in 1657.

Jacob purchased land in the "wilderness country" of Monmouth County, NJ, near Holmdel in 1697, where he farmed and owned a grist mill. The Indians in that area were said to be peaceful and helpful. Jacob was appointed an Ensign in the militia for the eastern part of Freehold by "Edward, Viscount of Cornbury, Capt. Generall and Governor in Chief of the Province of New Jersey, New York and Territories depending thereon in America and the Admirall of the same." (Freehold is the county seat for Monmouth County.) Jacob and Maria are the source of most of the Van Dorns and Van Dorens in the U.S

The spelling of the last name seems to have changed at this point in the line. Jacob was a farmer in New Jersey.

Aaron was a farmer and a miller. He settled in Peapack, NJ in about 1766. In 1795, he bought 1000 acres on the site of present-day Cincinnati, OH. In 1808, he built a flour mill in Peapack, which has been known as "Van Dorn’s Mill." He became a deacon and elder of the Reformed Dutch Church at Bedminster and is buried in the churchyard.

Peter graduated from Princeton in 1795. At the age of 21, he moved to the Territory of Mississippi, first at Natchez, becoming a lawyer and Judge of the Probate Court, then to Port Gibson in 1802. He was also clerk of the Circuit Court. Peter was elected to the state House of Representatives and in 1817 (the year of statehood) he became Clerk of the House. Four years later the Legislature selected him to work with William Lattimore and General Thomas Hinds to design the new capital city of Jackson, named after Andrew Jackson.

Peter’s wife Sophia was a niece of Andrew Jackson’s wife Rachel Donelson; Gen. Jackson would stay at Peter’s Port Gibson home on trips along the Natchez Trace between Nashville and New Orleans. Peter and his daughter Octavia visited President Jackson in Washington in 1830.

Caroline Godbold, when a North Carolina girl, went to Alabama, and met Earl, who was a lieutenant, stationed at the Mt. Vernon Arsenal. He was 20 years of age and she 16 when they married.

Note that she was born in Knoxville, Tennessee in 1866, and her husband died in 1889, leaving her with four kids at age 23. For the record, the daughter referenced as "Mrs. Homer Parks" is an error and should read "Mrs. Arthur Parks". Also, the spelling of her name in the caption should be "Margaret Mae". 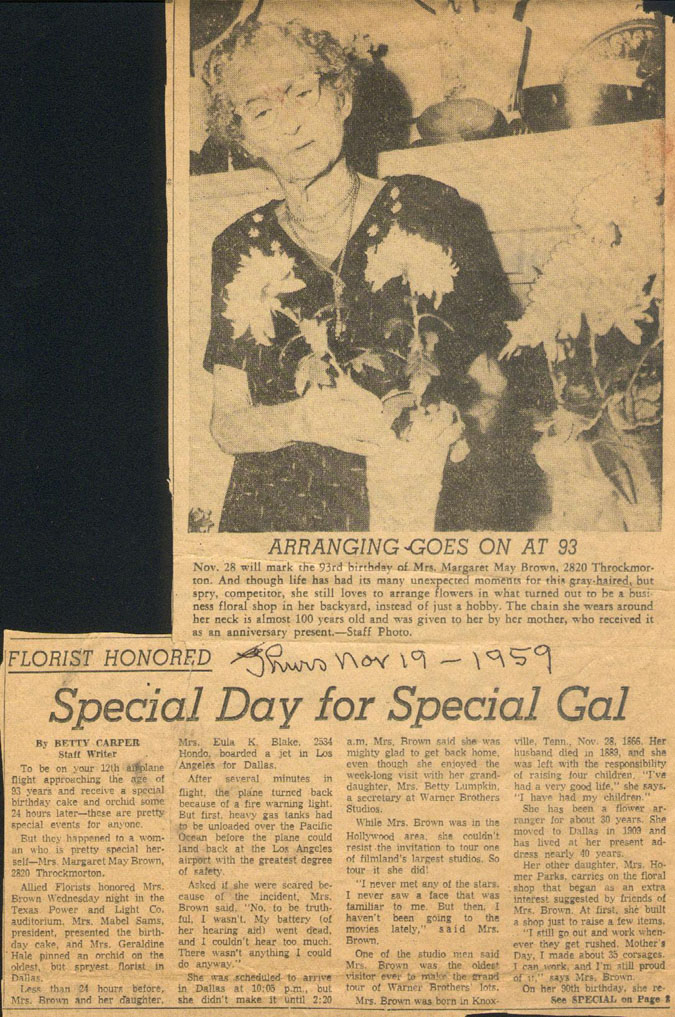 TMM became friends with golfer Arnold Palmer during a period when Arnie was in dicussions with Delta for promotional work. TMM had dinner with Arnie and Winnie at their home in Pennsylvania. TMM once said that Palmer is only the second nicest person in the world, Winnie being number one. 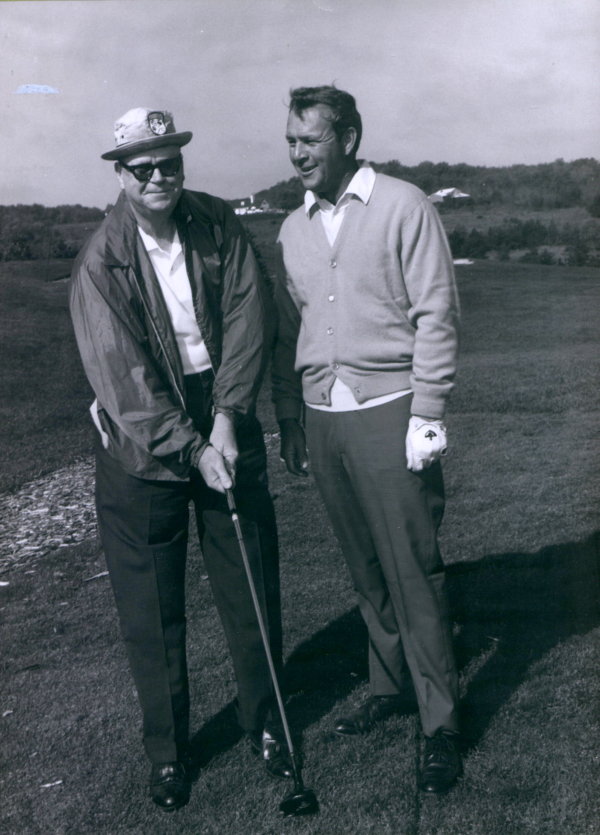 The Dabney Line as given by Susan Dabney Smedes in her Memorials of a Southern Planter (1887) and William H. Dabney in his Sketch of the Dabneys of Virginia has been criticized by others, notably by Charles William Dabney in Virginia Magazine of History and Biography , vol. XLV (April 1937), pp. 121-143.

CWD says that Sketch of the Dabneys of Virginia was based solely on family recollections rather than on documents, and was published after WHDs death, and “contains many errors in names and dates.” CWD says that more would be known about the Dabney line except that (1) family papers gathered by a Dr. Charles Brown (his mother was a Dabney) were scattered or lost following Dr. Brown’s death (see the details surrounding Dr. Brown’s endeavor in Sketch of the Dabneys of Virginia), and (2) the vestry book containing records prior to 1680 at St. Peter’s Vestry was destroyed. CWD says that St. Peter’s Vestry, of New Kent County, Virginia, “was for a century the most aristocratic vestry in Virginia.”

CWD’s main point concerns a legend passed down through some Dabneys that the family originated with Huguenots (French Protestants) fleeing France following Louis XIVs 1685 revocation of the Edict of Nantes (1598) that for nearly a century had granted Protestants equality with Catholics. CWD notes that there was a period in the 1800s when it was fashionable to be a Protestant descended from the persecuted Huguenots, and he finds that the legend was begun at that time. He found no evidence to support this myth, and in fact, the opposite; for example, he notes that Smedes repeats the Huguenot legend but then goes on to tell of Dabney land records in America dating long before the Revocation of the Edict of Nantes! CWD found it odd that Smedes did not attempt to explain or even ponder the contradiction.

His research led to a conclusion that the Dabneys were descended from the English Daubeneys. The information below follows CWD’s research and the family tree of Benjamin Dabney given by Fletcher M. Green, editor of the 1965 edition of Memorials of a Southern Planter. CWD notes that details of the early Dabney line in America, as given below, cannot be confirmed absolutely, but he adds, “However this was, they were certainly all of one family, and English.”

Born: abt 783.
Died: ?
Spouse: Eysteinsdotter of Throndeim.
Children: Include Eystein “The Noisy” Glumra Ivarsson, Earl of More and Hendemarken (abt 810 to 872)

Eystein “The Noisy” Glumra Ivarsson, Earl of More and Hendemarken

Haldruc Tresney is said to be the 23-great grandmother of both King George I of England and George Washington. Tresney accompanied Rollo Ragnvaldsson, “Gongu-Hrolf of Norway,” “Rolf the Ganger,” and “The Dane,” on the conquest of that part of France later known as Normandy. Rollo Ragnvaldsson became the first Duke of Normandy.

We’ll leave out details of the trail, here—see the Internet.

Came to England with William the Conqueror, and was the founder of the Daubeney family in England.

Includes Daubeney the Crusader (entombed at the Church of the Holy Sepulchre in Jerusalem, with the epitaph HIC IACET PHILIPPUS DE AUBINGNI CUIUS ANIMA REQUIESCAT IN PACE. AMEN.); a Daubeney who was one of the barons of the Magna Carta; Sir Giles Daubeney, Knight and sheriff of county Bucks, Bedford, etc., ca. 1445; and a Lord Daubeney buried in Westminster Abbey.

Cornelius Dabney is thought to have come to America ca. 1650 as part of the Cavalier immigration that took place as a consequence of the execution of Charles I in 1649. Cornelius Dabney served the British Crown as an agent and interpreter to the Pamunkey Indians. (The spelling of names was fairly phonetic in those days: his surname is given in other forms in documents, e.g., DeBaney, Debney, Dabony, deBonis and deBoney, but in a 1678 letter Cornelius himself signs his name as “Dabney.”)

Cornelius’s son George had a son, Col. Charles Dabney, who “organized the first legion to go into the Revolution from Virginia and became the trusted officer of General Washington, fighting with him at Monmouth, suffering with him at Valley Forge, and assisting him at the surrender of Cornwallis at Yorktown. Letters in his chest show that Lafayette, Patrick Henry, and John Marshall were his intimate friends.” (CWD)

At this step the Dabney line is hazy. WHD, in Sketch of the Dabneys of Virginia, following family lore, puts the Mississippi Dabney line under a supposed brother (John) of the original immigrant Cornelius, rather than under Cornelius. CWD finds no evidence for a brother John in America, and is certain that all of the American Dabneys come from Cornelius. CWD is a descendant of Cornelius’s son George, so he does not remark further on the branch of the Dabney line leading to the Mississippi Dabneys. We’ll assume here that John Dabney 1st, below, is the son of Cornelius, and then join the family tree given by Fletcher Green, editor of the 1965 edition of Memorials of a Southern Planter.

Benjamin Dabney of Bellevue Plantation on the Pamunkey River 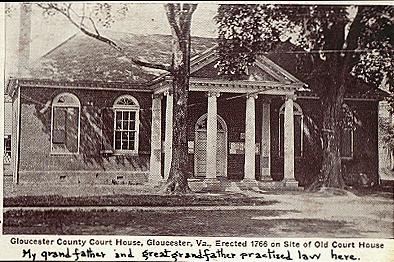 Benjamin Dabney was an attorney in Gloucester County, VA—see Gloucester courthouse picture, above. Benjamin gave up the family mansion at Dabney’s Ferry, together with his patrimony upon his father’s death, to his brother George. He made his residence at Bellevue, on the York River, in King and Queen County. Benjamin was a lawyer of eminence, “having but few peers, and no superior” in Virginia. The Dabneys supported the American cause in the Revolutionary War; after the war, the British government engaged Benjamin Dabney to settle British claims.

He did not use the Philip part of his name, but went by “Augustine L. Dabney.” He graduated from the College of William and Mary and established himself as a lawyer in Gloucester, Virginia. The depression of the 1820s and 1830s drove him to move from Virginia to Raymond, Mississippi, in 1835 with his brother Thomas Smith Gregory Dabney and other relatives, and he became a lawyer and Judge of the Probate Court for Hinds County, Miss. For a time, he was joint owner and editor of the Raymond Times newspaper. In news stories he was referred to as “Judge Dabney.” He moved to Santa Rosa, Calif., in 1877, to live with his daughter Elizabeth Porter. His brother Thomas owned a large plantation, Burleigh, near Raymond, and was the subject of a book by his daughter Susan Smedes, Memorials of a Southern Planter (Cushings and Bailey, Baltimore, 1887). During 1-1/2 years of the Civil War, the Augustine Dabney family occupied Burleigh after Thomas Dabney fled with his slaves to Georgia as Grant’s Army moved through Mississippi.

Augustine’s sons Frederick, Thomas, and Marye served in the Confederate Army and survived the war. Frederick (married Agatha Moncure) and Thomas (married Frances Bowmar) were civil engineers; Thomas became known for building the system of levees on the Mississippi River. Marye (married Elizabeth Marshall) was a lawyer in Vicksburg. Ann (“Nannie”) and Martha never married. Elizabeth married Col. William Wood Porter and they spent their lives in Santa Rosa, California, where Porter was a lawyer and judge. Mary married Lt. William Lynch Ware after nursing his wounds during the war. Mary wrote three books on her worldwide travels. John (married Virginia Meade, then Virginia Grant) became a physician in Mississippi and Alabama. As for Letitia, see the next entry.

See these excerpts from the book “Ham Chamberlayne—Virginian,” where there is often mention of the Mississippi Dabneys. Ham was with his cousin Fred Dabney at the federal prison for Confederate officers on Johnson’s Island. There’s one letter from Fred from prison.

Virginians were rather elitist. There’s a letter at the end of this document in which Chamberlayne says that traveling south as the war ended, even in his disheveled uniform he was recognized as being a Virginian. He tells of all the different people he met along the way, including “an old creature of genus (probably) man, species Georgian, variety Cracker.”

Another line I like comes when Chamberlayne ends up with the family members in Mississippi, “among them so many girls as painfully to recall the fact that men are scarce—They dont seem to reflect duly on this great fact however, but are as merry as griggs—so great is the levity of the female mind.” 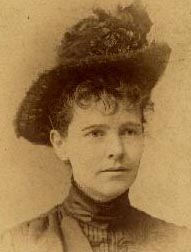 Letitia did not use the “Anna” part of her name.

Zeke’s mother, EMM’s paternal grandmother, known to us as "Grandmother Shumway". Kay is in both pictures and Margaret Mae Brown in one.