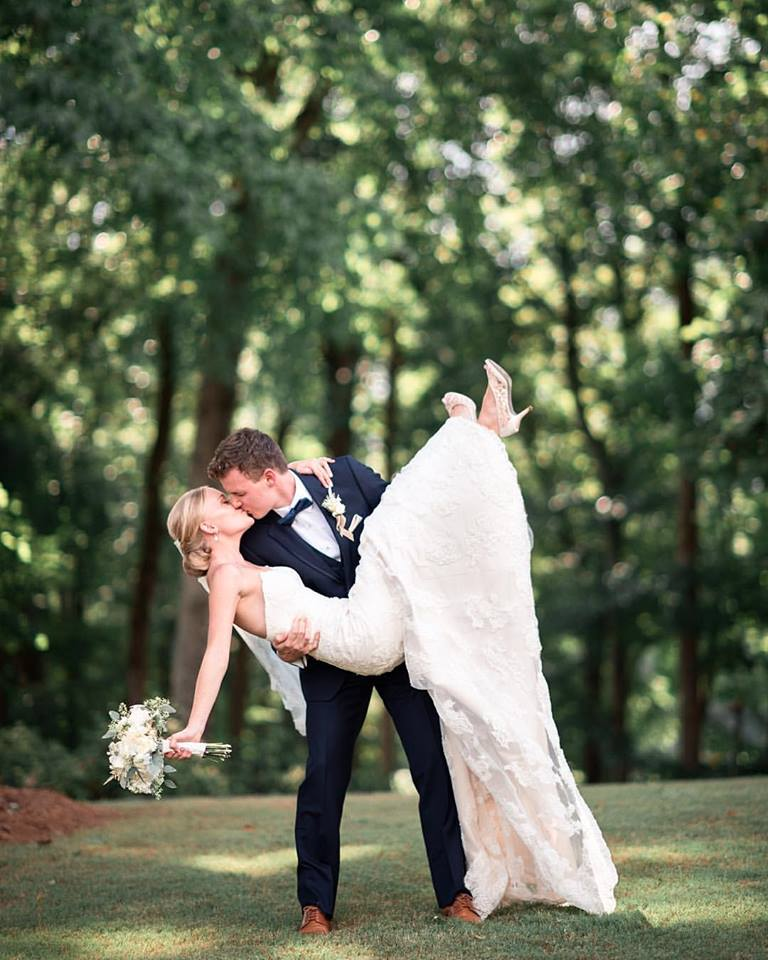 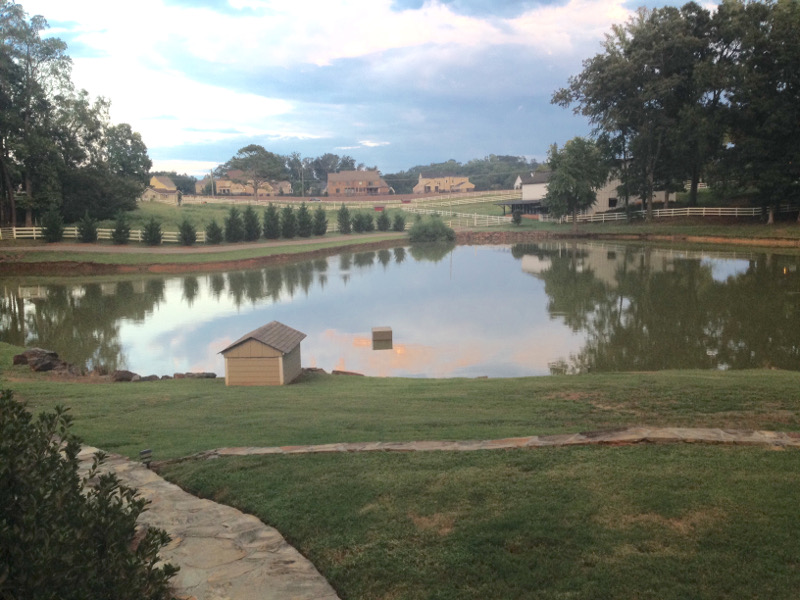 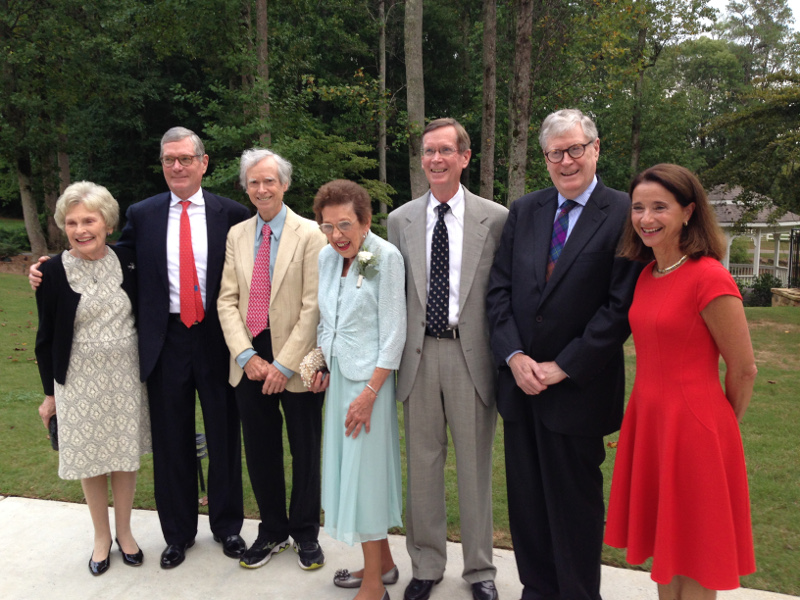 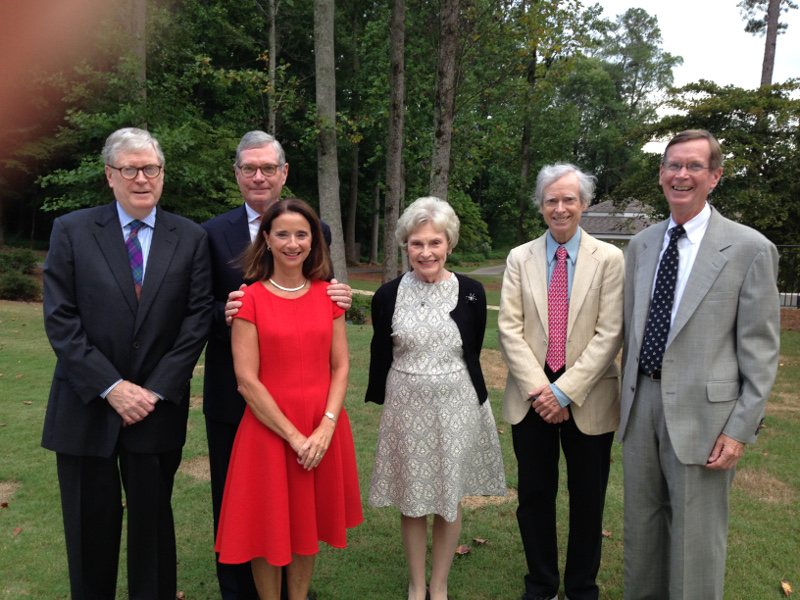 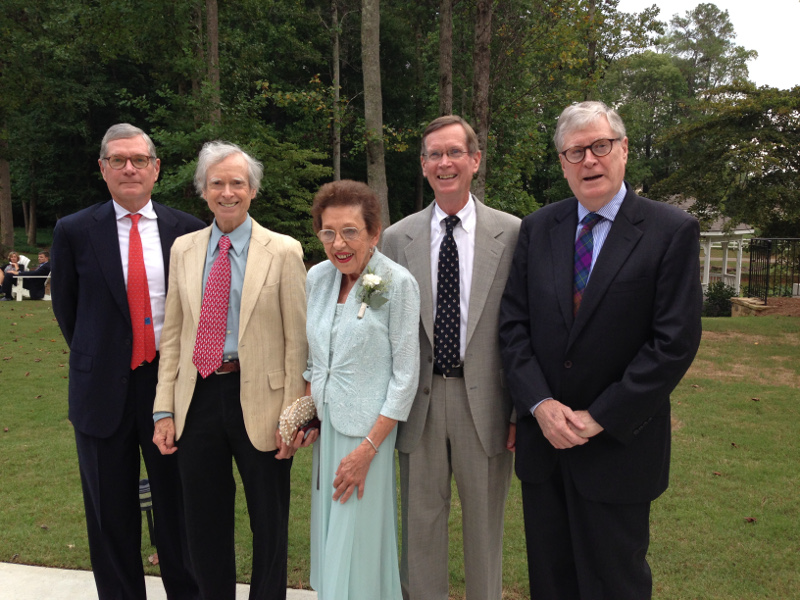 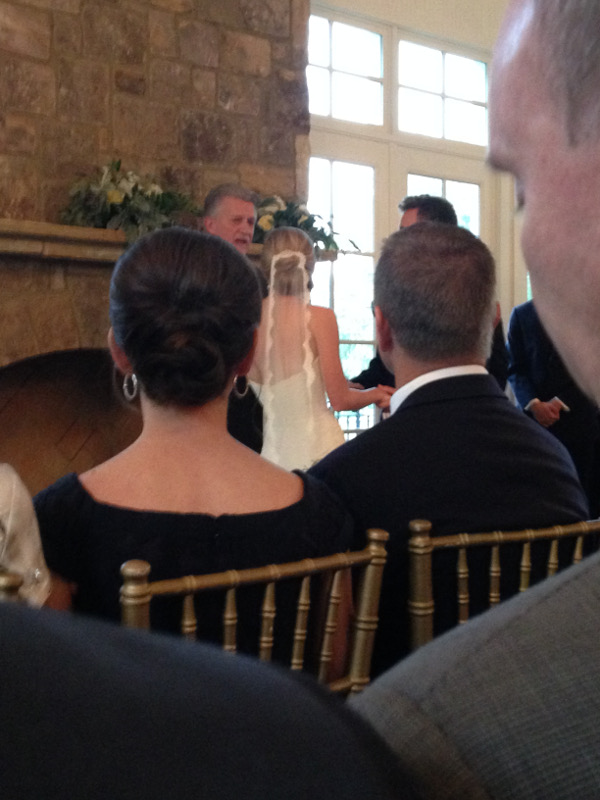 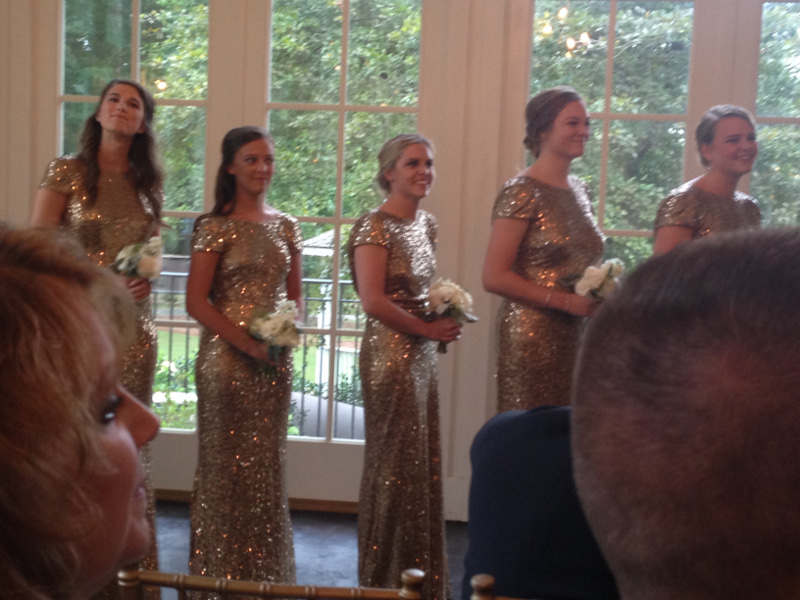 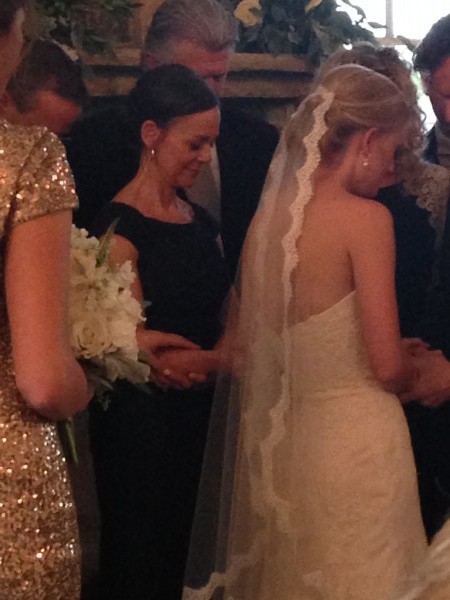 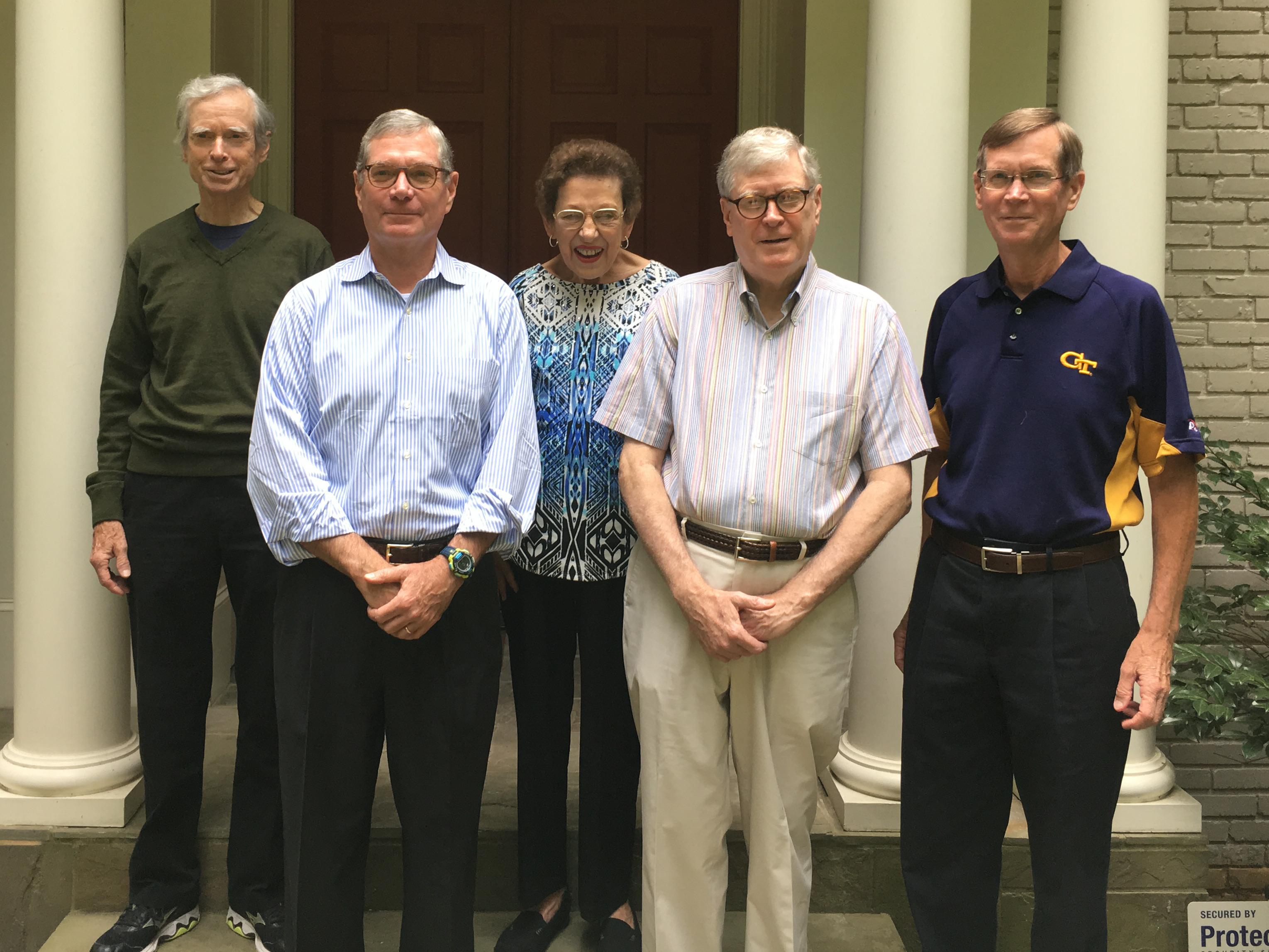 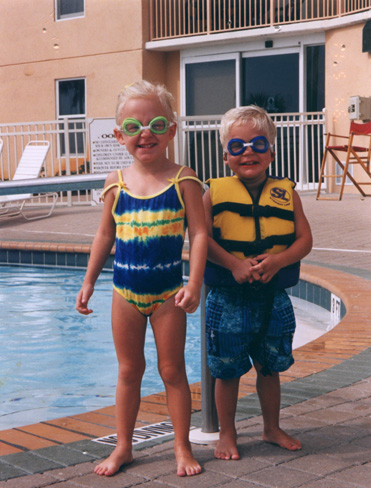 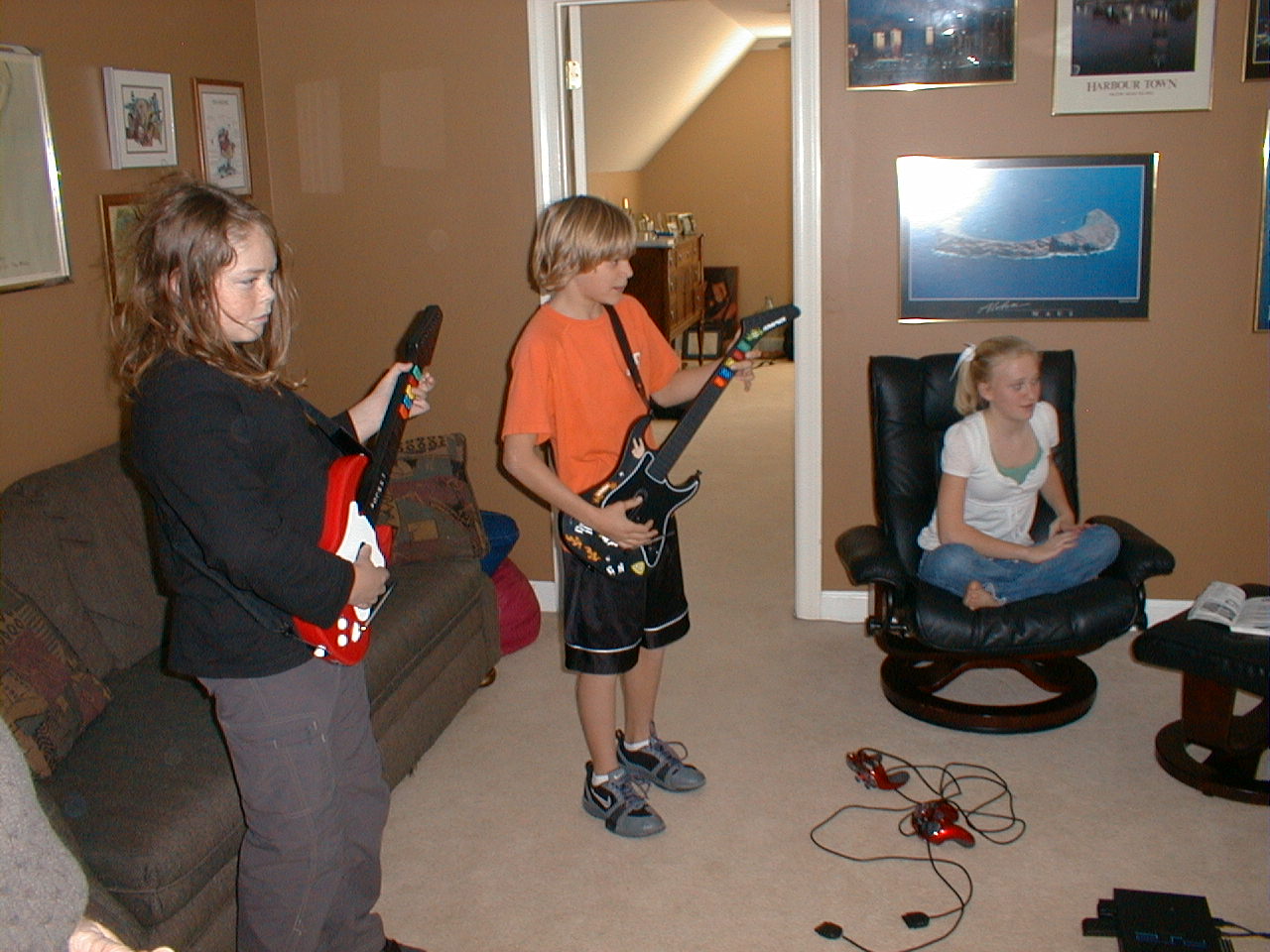 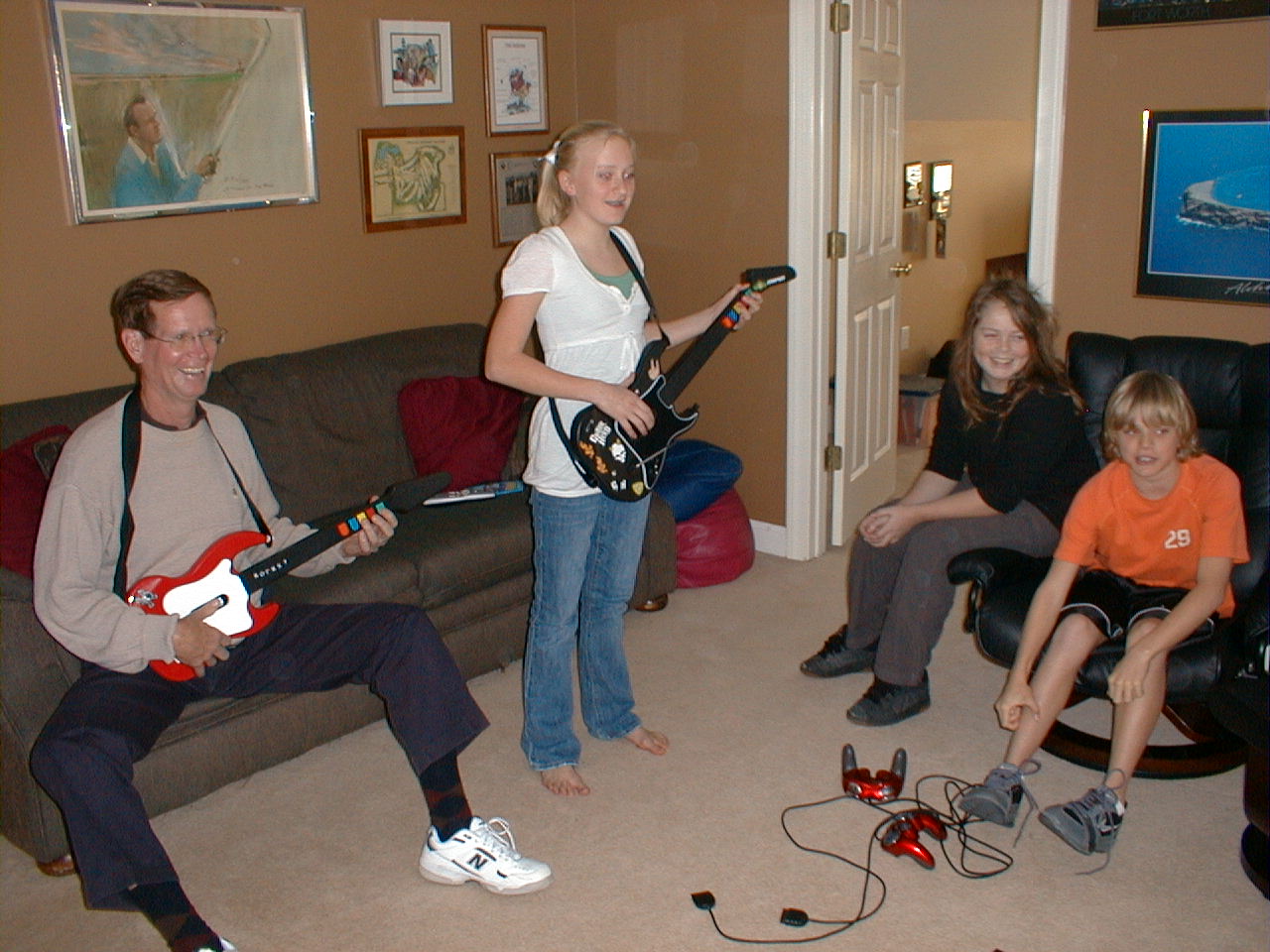 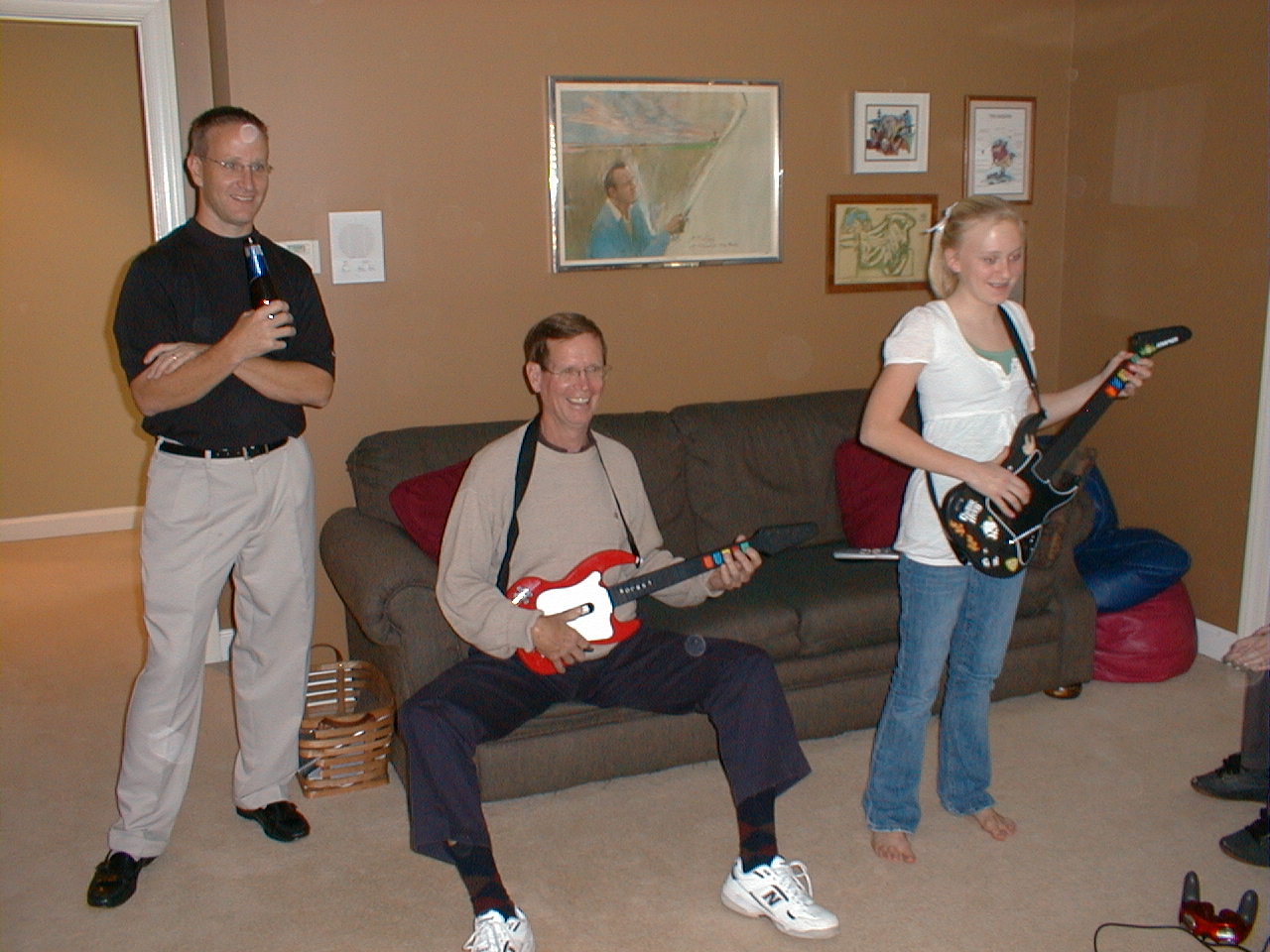 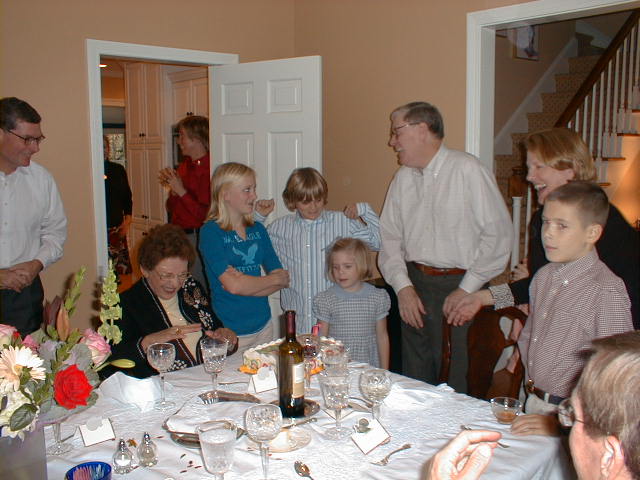 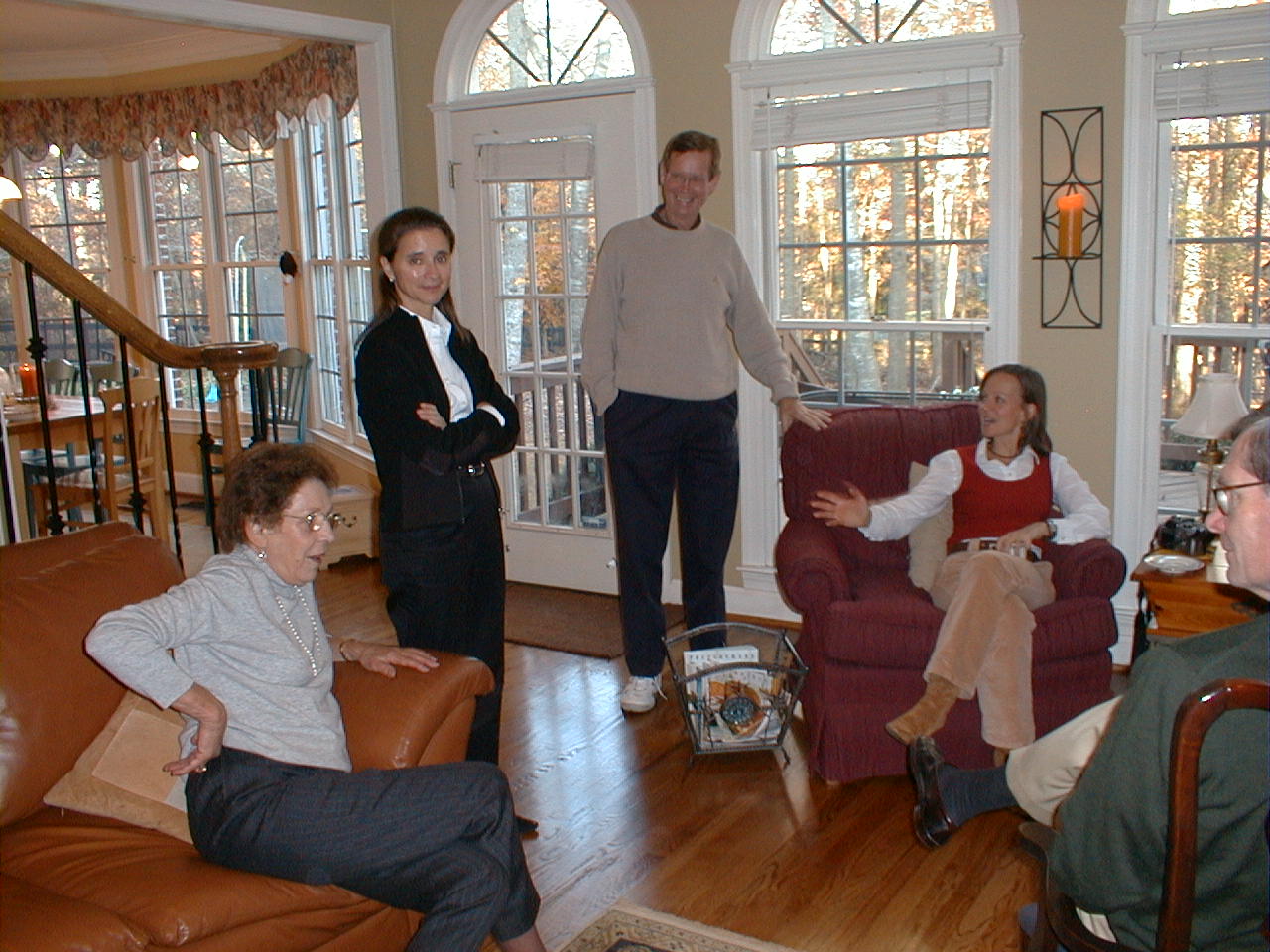 Kay’s 70th birthday party at Bob and Mary Helen’s house, November 22, 2007. There are a total of four pictures below. 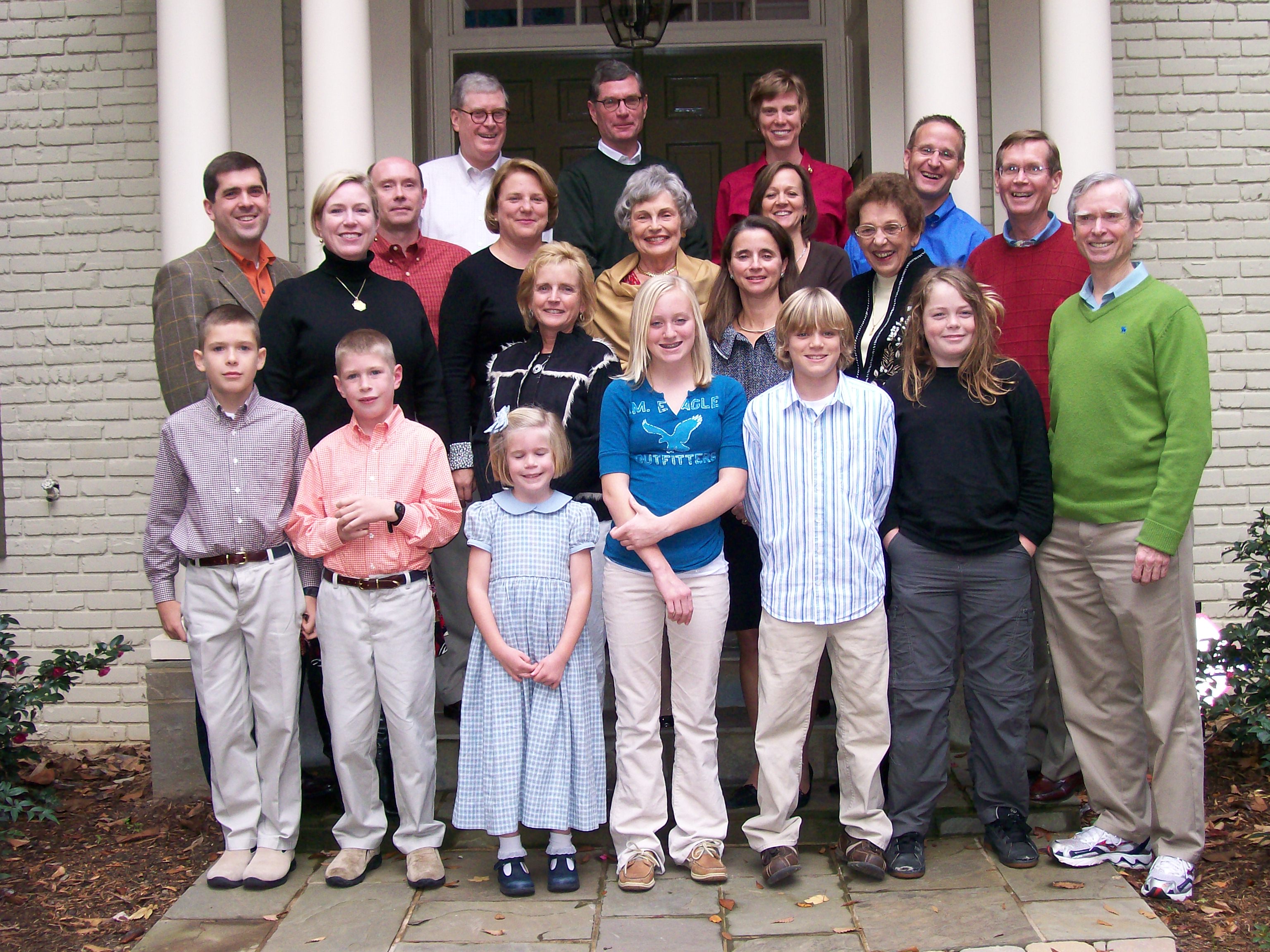 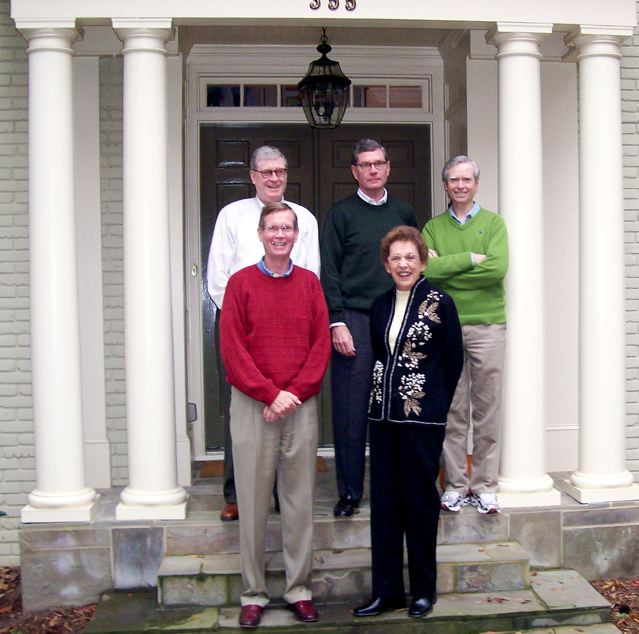 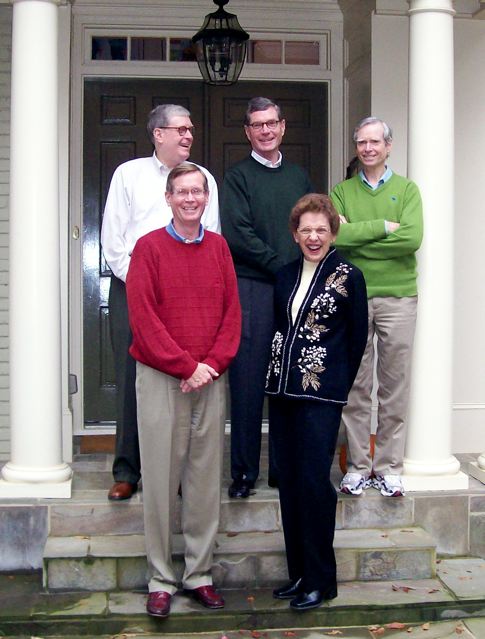 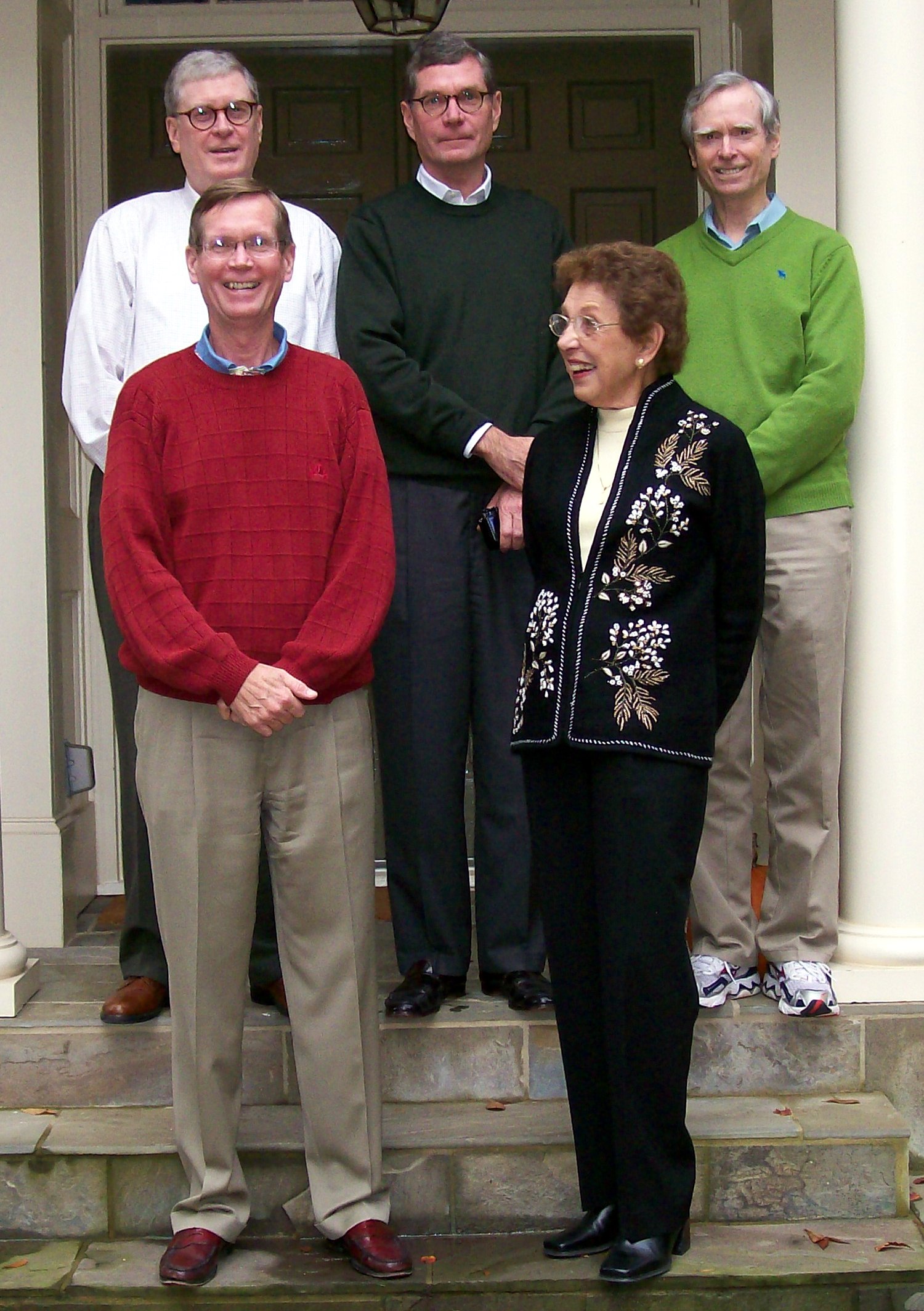 Keep scrolling down: there are a total of four pictures, showing the house and views therefrom. 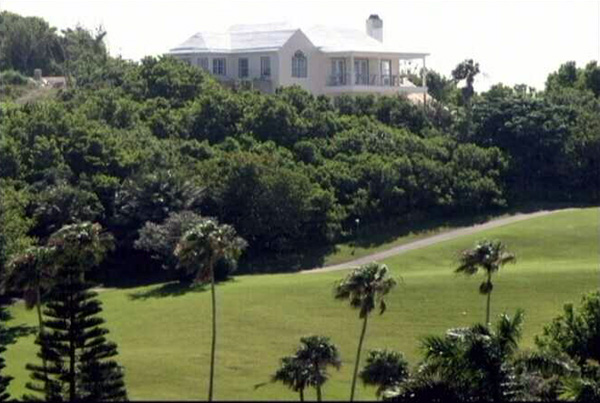 Above: the second floor of the house from the golf course. 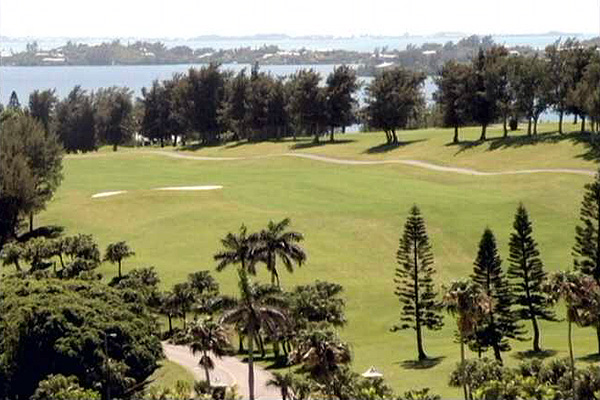 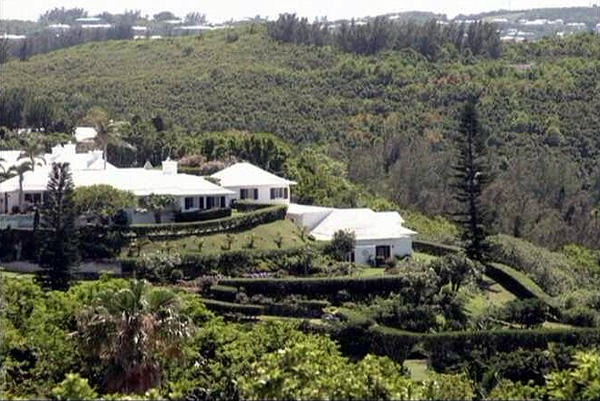 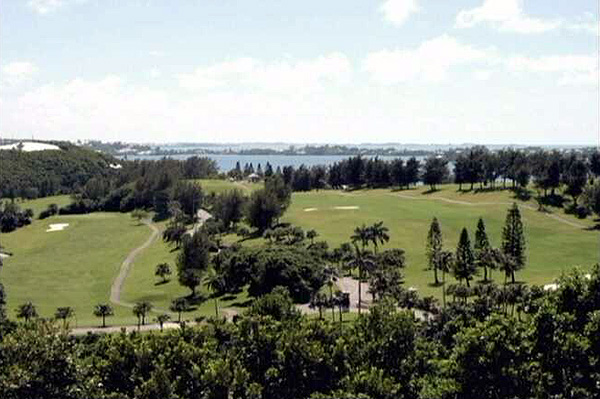 Bob runs the 2003 Marine Corps Marathon through the streets of Washington, DC, finishing at the Iwo Jima memorial. You can view his statistics at www.marinemarathon.com using bib number 13301.

Keep scrolling down: there are a total of two pictures. 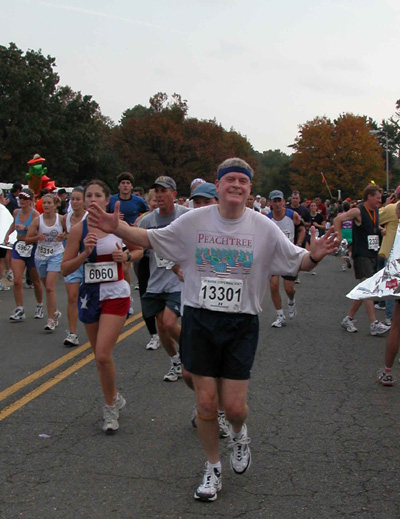 Above: Nearing the finish line. 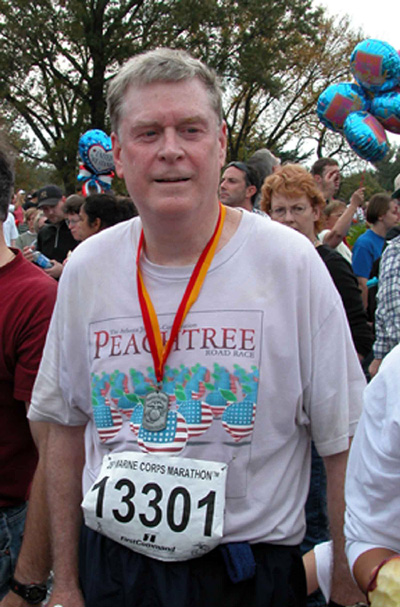 With the Marine Corps medal awarded to finishers.

Jim’s sons Tom and James took adventurous trips this summer. Tom (first picture below) biked coast-to-coast in 45 days. On June 26th, he dipped his back wheels in the Atlantic near Savannah, Georgia, and on August 5th, dipped his front wheels in the Pacific at Santa Monica, California. He covered over 3000 miles and carried his own supplies–there was no sissy van on this tour. Tom is 17.

Brother James cycled from Williamstown, Massachusetts, to Montreal. James is the subdued fellow holding the Quebec sign in the second picture below. The bikers carried their own equipment and camped along the way. James is 13. He will, no doubt, do the coast-to-coast trick within the next several years. 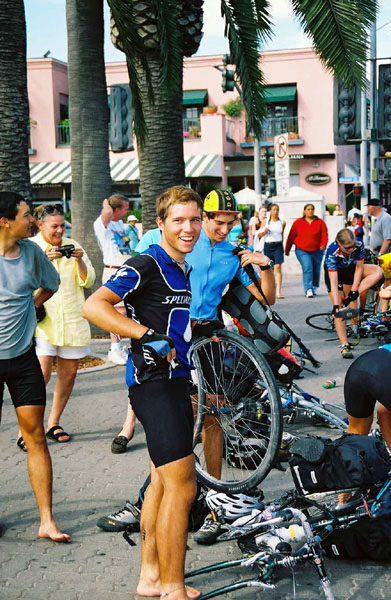 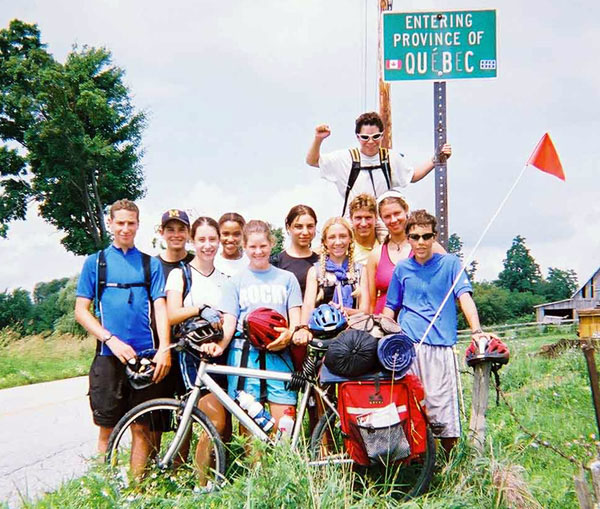