Frederick "Poppy" Miller (left), his brother Jack, and Philip A. L. Miller, Jr. (right). Philip says the photo was taken in the 1980s outside the Boston Club on Canal Street in New Orleans, where Poppy and Jack were members, as were earlier generations of Millers. Photographs were not allowed inside the Club. Philip said that the elderly waiter, who took the photo, was suitably excited when Philip got introduced as a "Miller".

The Boston Club was where Thomas Marshall Miller (1847-1920) routinely lost much of what he had, playing poker, around the turn of the last century. Philip said the gambling was so bad that one year his father had to drop out of Tulane law school because TMM had lost so much money. 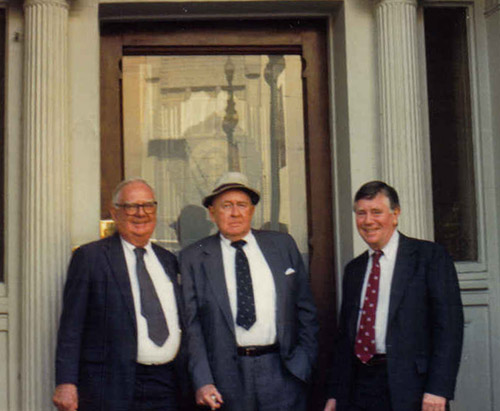