Below: Judge Peter Aaron Van Dorn (father’s great-great-grandfather), from a painting owned by father’s uncle John Miller, as late as the 1970s. There is a more detailed biography in three formats: HTML (best for on-line viewing, 42 Kbytes plus pictures), PDF (best for printing, 770 Kbytes), and Microsoft Word (556 Kbytes) . Peter has an entry in the Van Dorn Line.

Born 12 September 1773 in New Jersey to NY-Dutch parents Aure Van Doren and Ghacy Schenck (go Ancestry.com for Peter’s lineage back through the 1600s). Graduated Princeton (Divinity), 1795, then moved to Natchez, MS, married Sophie Donelson Caffery of a prominent TN/NC family (her aunt was Mrs. Andrew Jackson); then moved to Port Gibson, MS, where he was a merchant and self-made lawyer.

Life appointment as Judge of the Orphan’s Court for the Southern District of MS; later elected to the state House of Representatives, and became Clerk of same in 1817. Died 12 February 1837, at Port Gibson. Nine children, including Emily Van Dorn, who married William Trigg Miller; they begat Thomas Marshall Miller #1 in 1847. He married Letitia Dabney in 1871; they begat Earl Van Dorn Miller. He married Ida Crockett, and they begat TMM#2 on 19 October 1910 at Mineral Wells, TX.

In 1801, Peter bought land in Natchez, prior to 1817 statehood, thus making all of us eligible for membership in an organization called “First Families of Mississippi”. He’s a member himself. 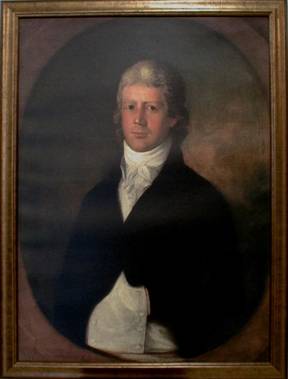