The first two pictures show both sides of a 1919 postcard that Sgt 1st Class Homer Brown (“Big Bubba”) wrote to his six-year-old niece EMM from France. He references “Little Bubba”, his brother Charles. Note that the card has been stamped “Passed As Censored”.

The third picture shows a 1926 card from Homer to EMM. Homer was a resident at the VA hospital in Legion, Texas, and died from TB that same year. He was exposed to mustard gas in WWI and such exposure often led to TB and pneumonia. 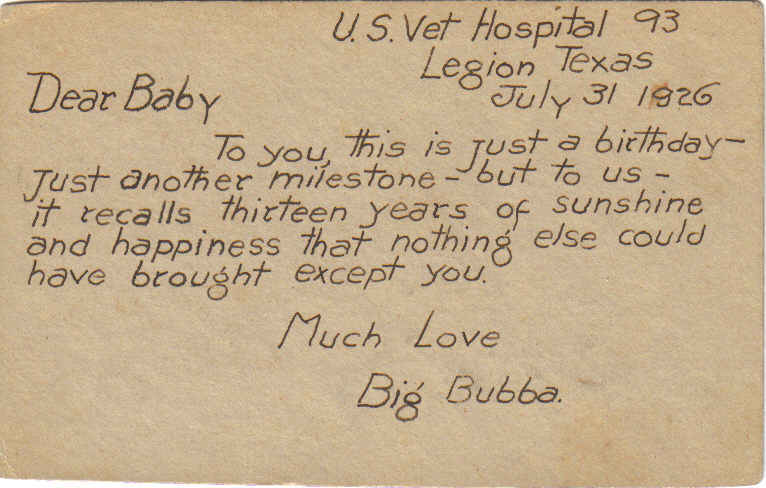