with her mother and stepfather in Sawtelle, California, early 1900s. 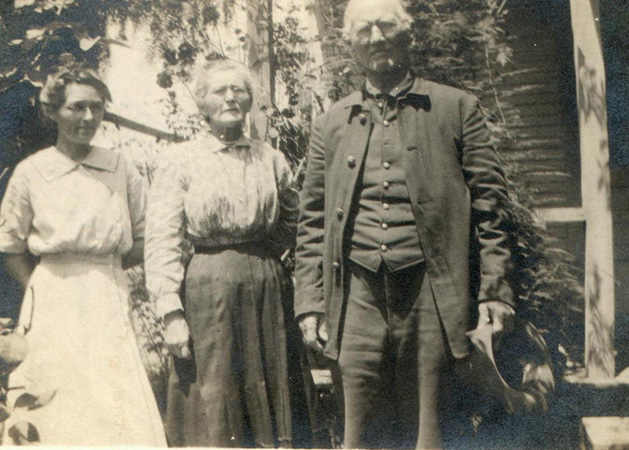 Graybill served with the Ohio 99th Regiment. One of their engagements was the Siege of Atlanta.