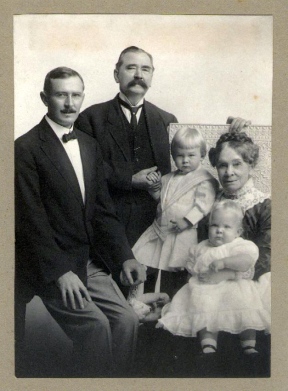 The author of The Van Doorn Family (1909) said of her: “Mrs. Miller is one of the most active and intelligent of her sex, and has always been devoted to the memory of her distinguished brother, the late General Earl Van Dorn, C. S. A., whose memoirs she collected and published, in 1902, under the title of A Soldier’s Honor. I have rarely met a lady of her age possessing her vigor of mind and business activity, and have had most interesting letters from her concerning her forebears. She was lately engaged in the work of the Bureau of Education, Washington.” She did not publish A Soldier’s Honor under her name; she preferred the author known as “His Comrades” since much of the book consists of letters dealing with Gen. Van Dorn. In 1858, Emily composed a regimental march for Earl’s 2nd Cavalry in Texas, the “Wichita March,” which was dedicated to Earl, and “resounded through the plains of Texas wherever the 2nd Cavalry encamped or rode on scouting expeditions in after years.”

William and Emily Miller had two children, Earl Van Dorn Miller, 1 Jul 1844 – 26 Mar 1911, a cotton planter in Raymond, MS, and renowned hunter, and Thomas Marshall Miller, 19 Jan 1847 – 31 Aug 1920, a lawyer in Vicksburg and Attorney General of Mississippi, 1886-1893. (The “Marshall” name appears to have come in as a result of William Miller’s sister Letitia marrying Thomas Alexander Marshall, on 5 Mar 1844.) Below is a picture of Emily with sons Marshall (center) and Earl. 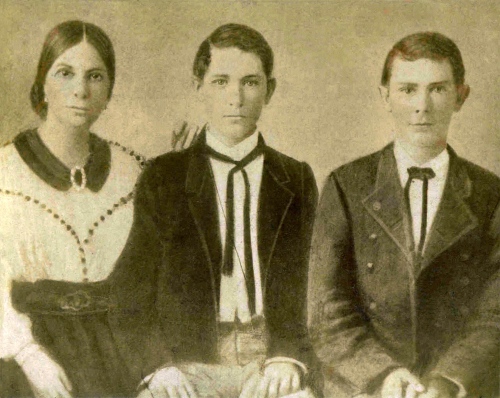 Earl had 8 children and Marshall had 7 children. In March of 1862, following the Battle of Elkhorn Tavern (Pea Ridge), Earl Van Dorn wrote Emily and said, “Send Earl to me to learn the art of war in the field. I will try to get him a Cadetship in the army. Send him to me. I will take good care of him”. In May Emily did just that: she sent her 17-year-old son Earl to Vicksburg to be with Gen. Van Dorn as a “cadet” and to achieve eventual “permanency in the army.” Earl was posted to Port Hudson, Louisiana. She said that Marshall would go also if she were to allow it. In fact, Marshall enlisted in the summer of 1862, at age 15-1/2, when Port Gibson was threatened, but Emily succeeded in getting him discharged as he was underage. In Dec 1862, Caroline Van Dorn reported to Emily that the General “says that Earl Miller is very brave.”

Emily Miller lived at the estate “Burlington” in Port Gibson, which still stands. Emily holds an 1883 patent for a cotton-picking tool. 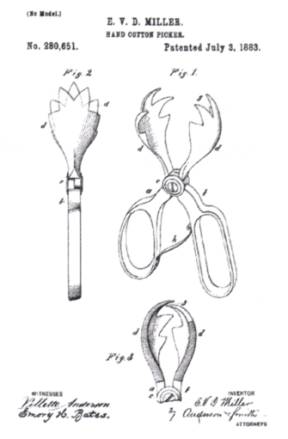 We do not know when Emily Miller’s husband died, though he is not listed as living with Emily and the two boys in Port Gibson in the 1850 census (and neither is he in the Vicksburg census) and there were no further children after 1847. However, he seems to be mentioned (“Mr. M.” and “Mr. Miller”) in a 1863 letter from Emily’s sister Octavia to her sister Jane. Recollections in the Earl Van Dorn Miller family is that William Trigg Miller, nominally a lawyer, was more of a riverboat gambler, who died of an illness caught as a result of the damp conditions of his occupation. Emily Miller lived in Washington, DC, at the time she was writing the book about her brother, A Soldiers Honor. The 11 June 1880, District of Columbia census lists Emily as a boarder, age 52, widowed or divorced, occupation: at home. The 1 June 1900, DC census lists Emily as a boarder, widowed, occupation: stenographer. By the time of the 1910 census, Emily was living in New Orleans with her son Thomas at 1002 Jackson. Her grandson Jack Miller remembered her letting him ride with her in her wheelchair, and that he called her “Grandee;” he said she died when he was very young. Emily died on 8 May 1912 in New Orleans. We do not know where she is buried. Our family connection is through Emily’s son Thomas Marshall Miller. Our cousin Laurean Reynolds of Jackson, MS, and Baton Rouge, LA, is descended from Earl Van Dorn Miller.

From the Port Gibson newspaper: Port Gibson Correspondent, Jan. 21, 1843: Married at the Presbyterian Church in this town, on Sunday last; by the Rev. Z. Butler, William T. Miller, Esq., of Vicksburg, to Emily, youngest daughter of the late Hon. Peter A. Vandorn, of this place. [Sunday was 15 Jan 1843.]